Two success stories from our Interfaith Work in North Sindh Province:
Bridging gaps and building understanding: a story of two students (Story No 01)

Mukhtyar Masih was returning home from a diversity tour to worship places in Sukkur, southern Sindh province when his Muslim seatmate questioned about Christ.
“The debate started when Saifullah questioned our belief that Jesus was the Son of God. I tried to explain to the best of my knowledge but soon it turned into a heated exchange,” said Mukhtyar, a final year Bachelor’s students in Shikarpur in northern Sindh.
Both students were part of the February 12, 2019 tour organized by Youth Development Foundation YDF. 36 students, including 15 females, visited a temple, a mosque, a church, and two shrines. YDF Project team stopped the bus at the next tea shop and gave them the opportunity to discuss this in a larger group.

“It was important for all students to understand the real purpose of our tour. Our struggle against such misunderstandings and misconceptions regarding other faiths. Other participants also convinced both students to set aside their differences and focus more on planning social action plans.
Mukhtayar and Saifullah are now good friends. Both greeted each other in the follow-up session of the diversity tour next month. “Islam teaches us to respect Abrahamic religions. Our religious leaders must play a positive role in guiding the youth,” said Saifullah.
While attending a follow-up workshop in Shikarpur, they both plan (as one group) an interfaith roundtable discussion as the next Social Action Plan (SAP). “It will conclude with a press conference and a resolution to bring both communities closer by celebrating religious feasts together,” Saifullah added.

For the past 5 years, Zareena has been teaching Hindu and Muslim children at her home in Jacobabad city of Sindh province. YDF helped her in a better understanding of her students, she claims.
Zareena was among more than 30 participants who attended March 14, 2019 training by YDF on conflict identification, sensitivity mapping and resolving the issues. Her newly acquired skills helped in noticing uneasiness between Hindu and Muslim students.
“I was appalled when a student from majority religion described that his mother had forbidden him from accepting candies or any other foodstuff from Hindus. This hatred is a major cause of conflict in our peaceful province where the majority of the Hindu population is settled,” she said.
Zareena called a meeting with all the parents the next day. “Quoting example like the dedicated Muslim customers of the popular Dolphin Bakers, owned by local Hindus, I tried to broaden their principles on humanity and acceptance. Perhaps one person can make a difference.”
While attending diversity tour and followup in Shikarpur, Zareena proposed a Social Action Plan SAP involving women from different religious backgrounds holding a corner meeting (role of mothers in peacebuilding). “They will be tasked to suggest ways in bringing up their children in a positive environment. Mother can play an instrumental role in the welfare of both her family and the society,” he said. 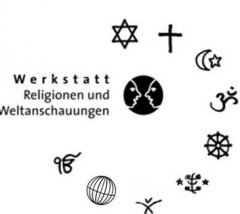